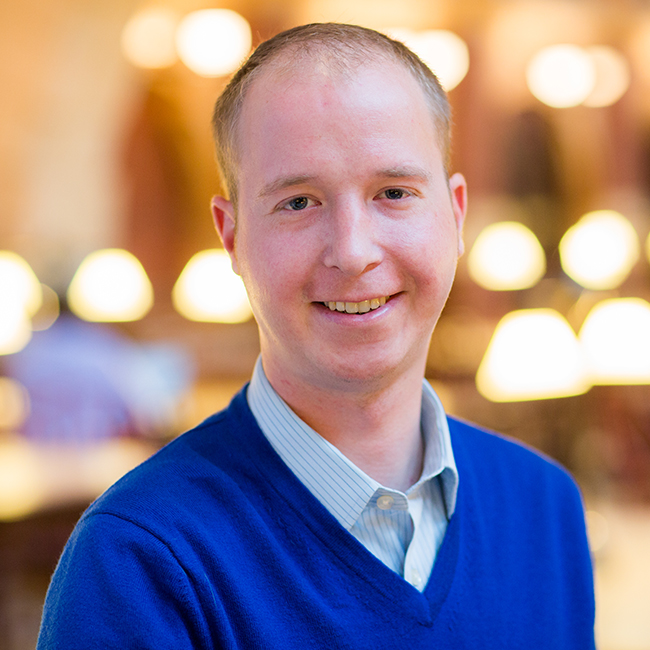 Philadelphia-area native Matthew Pilecki enjoys mastering different subjects. After graduating from Temple University in 2006, Matt worked as a grants assistant at a local university. He missed being creative, so he took on a second career simultaneously as a freelance journalist, covering a range of topics for national and local publications. In 2010, Matt was hired as a part-time editorial assistant for Penn Law Journal, the school’s Alumni magazine.

“After I was promoted to a full-time position at Penn Law in 2011, I enrolled in the Post-Baccalaureate Studies program at the College of Liberal and Professional Studies. I took one course and knew I wanted to keep on learning but didn’t know what to focus on.

When I met with the director of the Master of Liberal Arts program, he advised me to take courses that most interested me. I felt as if I found a perfect academic opportunity to explore my love of creative writing, politics, literature, and philosophy.

The program’s flexibility allowed me to tap into as many subjects as I wanted. By working with my advisor, I built my own curriculum around my diverse interests. Then I brought everything together in my capstone project that focused on interpretations of gender experiences and expressions as described in psychoanalytic and phenomenological theory.

I steadily took one course each semester and graduated in May 2015. I absolutely plan to take more Penn classes and I know what I want to focus on. I’m just uncertain whether I want to start another master’s degree program or begin earning my PhD—in philosophy.”