Wildlife conservation was her passion; now it’s her career 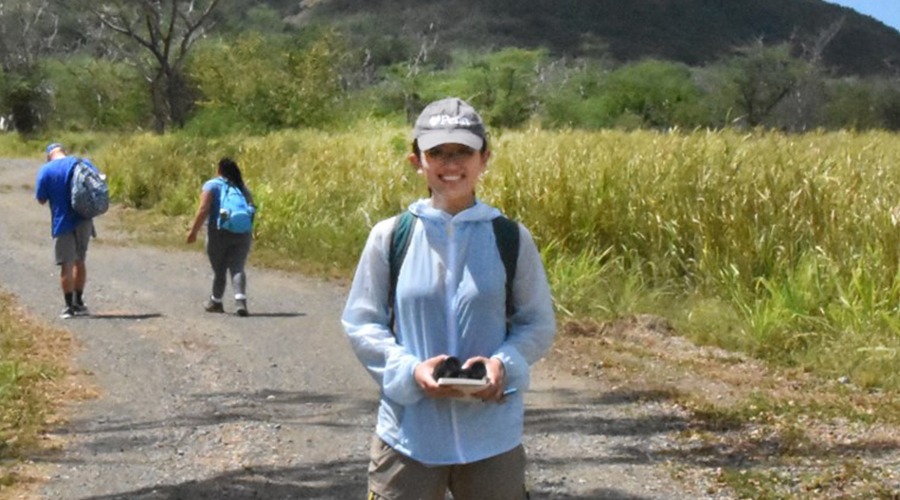 After studying French in college, Youqi Fan (MES ‘20) decided to pivot to a career in wildlife conservation. She considered master’s programs in the US, the UK, and China and chose the Master of Environmental Studies program at Penn for its Ivy League academics and accessibility to career-changers like her. “Penn was my dream school and it has exceeded my dream. I love it here,” says Youqi, who calls the MES program “a treasure” with world-class faculty, a flexible curriculum, and a culture of inclusion.

Youqi says the quality of instruction at Penn “would have been unimaginable to me before I came. The professors are top scientists who have a great passion for their subjects and for teaching.” Youqi was also struck by the number of academic disciplines represented at Penn that MES students are able to explore. The MES Individualized Concentration gave Youqi even greater freedom to tailor her curriculum: she took a range of courses in biology, ecology, sustainability, land conservation policy, and the use of Geographic Information System (GIS) software.

As an international student and a relative newcomer to environmental science, Youqi says she felt doubly intimidated to start the MES program. “Luckily,” she says, “people are so friendly here and the teachers really care. When they ask, ‘how are you doing?’ they’re not just doing their jobs; they really want to know. They are so helpful.” Youqi also valued the diversity of the MES cohort, including the age diversity and variety of professional backgrounds, which she says contributes to an environment of intellectual exchange.

Youqi complemented her studies with an internship at the Philadelphia Zoo and wrote her capstone research project on the evolving role of zoos in the 21st century. She notes that technologies like artificial intelligence, augmented reality, and satellite imaging could soon make physical zoos obsolete. Still, she argues, zoos can remain valuable tools for conservation education if they adopt new best practices. Youqi’s paper, “Conservation Education in Zoos: Starting With Who We Have,” advocates for a shift in focus from exotic animals to native species. She notes, “We don’t need to import exotic, endangered animals in order to learn about them.” Additionally, if people understood and appreciated the fascinating wildlife in their own backyards, that could inspire them to make sustainable choices in their daily lives, such as gardening without pesticides.

As Youqi embarks on her new career, she is motivated by her desire to help change the public’s perception of conservation efforts. She says, “We are not trying to stop development or stop people from enjoying their lives; we just have to do it sustainably. When we have a good environment, a healthy system of wildlife, it means we have a healthy planet for ourselves, too. It’s a win-win.”