Right in our backyard 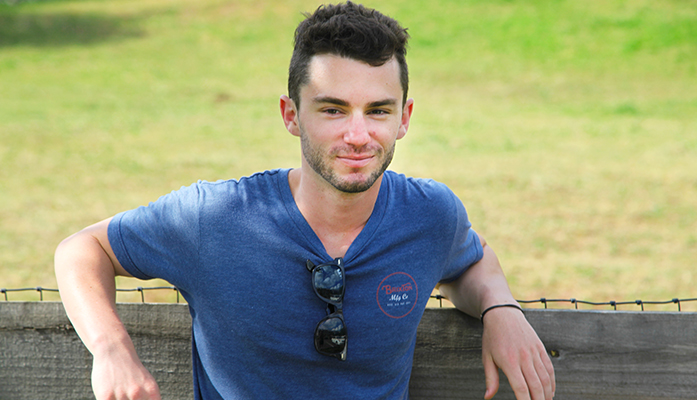 When Chris Putvinksi (Master of Environmental Studies ’15) began his Environmental Health concentration, his goal was to leave his home of Central New Jersey to work in developing countries.

“I always thought that stuff going on across the world was more important. Domestic problems just didn’t seem as severe and pressing as those abroad.”

Chris was interested in environmental health, a field that takes into account the multiple interconnecting environmental factors that affect people’s livelihoods. “When I say environment, people think climate change. But it’s everything from air quality to food to water quality. Everyone needs good, clean water and food and clean air to survive.”

Chris began to question his focus after he held an internship at a Washington, D.C. nonprofit studying US-Asian relations. “The people were awesome, but there were so many other organizations dealing with similar issues. I had to ask, are they really effecting change, accomplishing their mission? I felt there had to be a better way to create the change I wanted to see. When I got back from D.C., I found an internship with the City of Philadelphia in the Mayor’s Office of Community Empowerment and Opportunity.”

While international issues had once seemed more pressing, Chris realized that there was plenty to work on in his own city. He became interested in the issue of food insecurity—when people don’t have enough food to lead an active, healthy life. “What I didn’t realize is that food insecurity was in front of me the whole time. Twenty-two percent of Philadelphians are food insecure, or just one bad break away from an empty stomach.”

Chris worked with the Philadelphia Food Access Collaborative (PFAC), a nonprofit housed in the same space as the Mayor’s Office. “Philadelphia is unique in that it has so many nonprofits and people focusing on food insecurity. PFAC brings together all those organizations that focus on the same issue. They open up charity meals and try to bring healthier items to food pantries. They also are trained  in mental health issues so they can screen the people coming to get food.”

How is urban hunger and obesity an environmental issue? For Chris, it’s clear.

“The environments in which we live have an impact—in many ways—on our health and quality of life. Food isn’t any different,” Chris says. “The most obvious way this can be perceived is through food accessibility. Food access looks very different in impoverished, urban areas when compared to the same city's more upscale sections. The absence of grocery stores and the presence of stores that sell cheap, highly processed foods, contributes to the disparate health problems that affect the two populations. The Center for American Progress and Brandeis University put out a report that found that food insecurity costs the country in excess of $160 billion each year. The reasons are straightforward enough: The aforementioned health effects, but also the lost potential in children when it comes to education.” 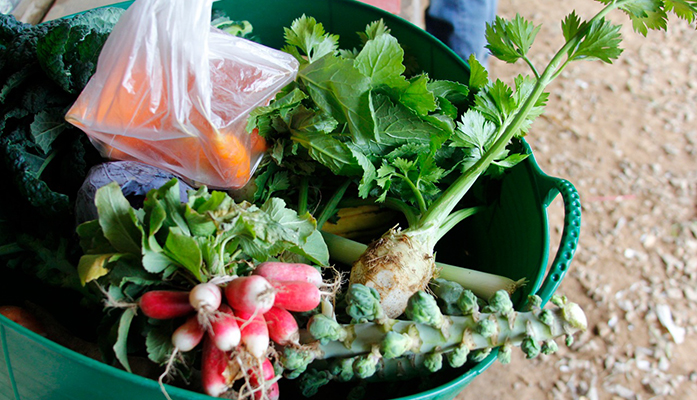 As his interests shifted throughout the Master of Environmental Studies program, Chris found his professors supported his way-finding and the course selection continued to meet his needs.

“I easily aligned my career goals with my studies,” Chris says. “The classes are excellent and the professors are great. I had a lot of professors with real world experience, so I was able to do valuable networking. I attended the World Water Forum as a class with the program, and in a short, five-day span I got to do one-on-one interviews with the head of sustainability for Coca-Cola, speak with personnel from NASA, Suez Environment, USAID and USDA, and join a conversation with my 10 classmates and the deputy secretary of the Interior. These conversations were invaluable and allowed me to learn in five days what it takes many a semester to learn.”

For his Master of Environmental Studies capstone, Chris spoke with experts around the world and produced a documentary on US food insecurity. Now he’s pursuing a career in corporate social responsibility, seeking a continued impact on global—and domestic—environmental health.

“I talked to a lot of cool people—James McGovern, Tracy McMillan, Jerry Oppenheimer—many experts in their fields. I always wanted to make a film, and do something that would raise awareness, that was visually stimulating or appealing; a paper is great but it doesn’t have that awe or staggering feel like a video that’s well done.”

Through the connections he made at Penn, Chris’ career goals are coming full circle with his new job at SAP, a German software company. He’ll be working in corporate global affairs all around the world.

“I’m pursuing that question of how do we really affect change—and so I’m seeking experience in global business to complement my domestic experience here in Philadelphia,” Chris says. “Corporate social responsibility is one field I’m really interested in and this is my journey into it. When I was at the Mayor’s Office, a lot of the grants I would apply for were from companies like Walmart. Corporations won’t be out in front of environmental health issues, but if you learn how to utilize those forces, then you can make change.”

If you have a problem viewing this video, please click here.