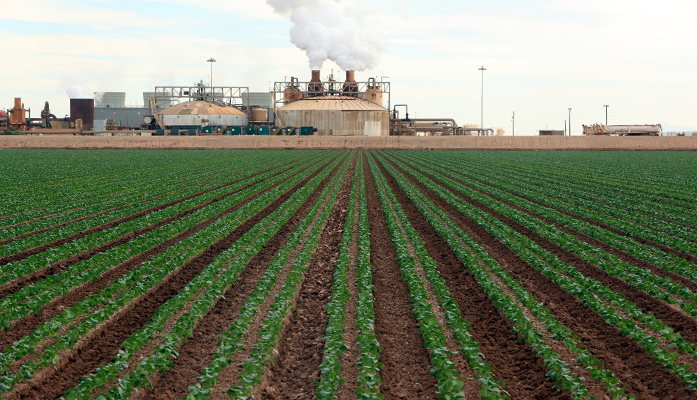 From New Delhi to Philadelphia in pursuit of clean energy

Neha Karmeshu (Master of Environmental Studies ’12) grew up in the bustle and beauty of New Delhi. As the city boomed around her, “energy prices fluctuated greatly — and I wanted to know why.”

Neha studied economics and energy trading and went on to consult with General Electric as a risk analyst, researching energy companies to find out whether they were promising potential business partners.

“I focused on the western US and the Middle East, carrying out large financial analyses to see if the oil and gas companies we were considering partnering with have enough credit to do business and if the regions or countries they were in were doing well on an economic front.”

As Neha did research into various firms, she began to wonder about the environmental impact they were having.

“The websites of the companies I analyzed always mentioned their 'sustainability' and 'commitment to the environment.' I became curious as to how you actually assess the quality of those efforts,” Neha says.

Neha set out to find a degree program that would give her the tools to answer that question. The leap from financial analysis to seeking out an environmental studies master’s program may seem dramatic, but she says it was made very deliberately.

“It wasn’t an erratic decision; it was well thought-out. I saw that we need to have resources but use them in a way that we don’t hamper the productivity of future generations. I want to conserve resources but also know that practically we need them to meet our demands. I wanted to learn how that balance is reached.”

She chose Penn’s MES program because it offered both the technical science background and the environmental context she sought. But before beginning classes, she had to relocate from New Delhi to Philadelphia to pursue her degree.

“While there was definitely a period of adjustment, I’d say that it was exciting, more than challenging,” Neha says. “Penn was very welcoming to international students and made the adjustment as easy as possible by offering me a lot of resources to make the transition. The biggest immediate difference was the traffic — it’s so much worse in New Delhi!”

The traffic wasn’t the only major shift that Neha encountered.

“I loved that the MES offered me flexibility, whereas the education system in India was much more rigid about what classes you could take. The professors were always incredibly approachable and helped me select the classes I needed,” Neha says. “I wanted to gain a perspective across media, including air and water, so I took courses on environmental management at the Wharton School, classes in hydrology, took two GIS mapping courses at the Design School to build my analytical skills.”

For her capstone project, Neha drew on all those areas of learning to complete a statistical analysis of the effect of climate change on precipitation across the northeastern United States.

After completing her degree in 2012, she found work at CalEnergy Generation as a Senior Environmental Coordinator, ensuring energy companies’ compliance with environmental regulations in southern California.

“I not only oversee compliance but also provide training to plant staff about environmental regulations, helping them to understand why the regulations are in place and the larger context for their importance. The MES program provided me with a strong skill set that I have continued to hone in this area.”

Among her colleagues, Neha is one of few who don’t have an engineering degree, and she says the MES degree prepared her with the necessary scientific background to understand and collaborate with her co-workers.

“My MES program helped me to gain that technical knowledge regarding water resources, so I can interact with my professional network at a very high level,” she says.

Ultimately, Neha’s degree has helped her address the question that began her journey to the MES in the first place.

"Conserving resources and using them in a responsible way takes balance," Neha says, “and to reach that optimal balance we need to have science and technology on our side, and I’m proud to be part of that process every day.”