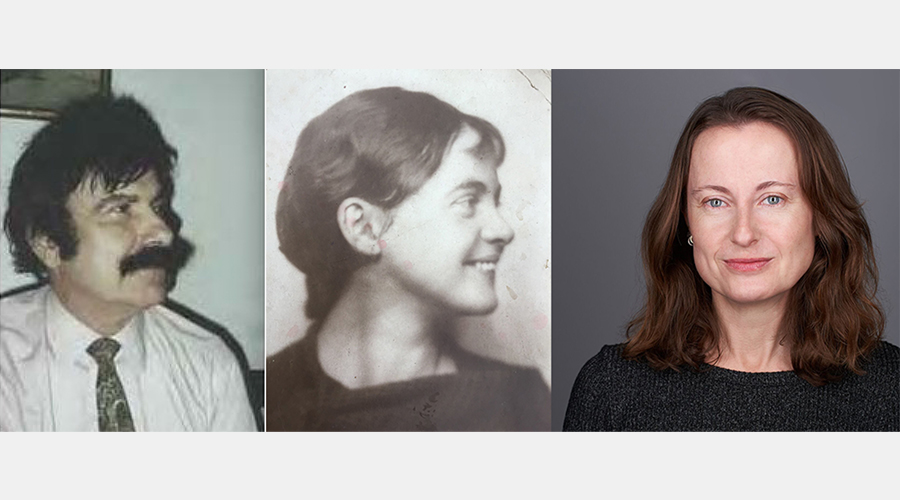 The University of Pennsylvania’s Department of Classical Studies and College of Liberal and Professional Studies offer two fellowships: the Elsie Phare Fellowship and the Masciantonio Fellowship. Each fellowship supports a student in our well-established Classical Studies post-baccalaureate program. The fellowships provide a $20,000 stipend each and the College of Liberal and Professional Studies covers tuition and fees for one academic year at a rate of two courses per semester.

The Post-Baccalaureate Program in Classical Studies has been in existence since 1984, providing students with the opportunity to follow an intensive program of study in Greek and Latin as well as to experience the benefits of being part of a large, vibrant department at an Ivy League university. We welcome individuals who may not have had the opportunity to complete the necessary years of language training to pursue graduate education in classics, ancient history, archaeology, or other fields that require mastery in these ancient languages. In our program, students can take part in language seminars designed specifically for their needs, and they receive group and individual advising to prepare them for their next steps in academia. In addition, they are invited to make use of all the resources our department and university have to offer, including extra coursework, lectures, and the Penn Museum.

Applicants must have completed at least one year (2 semesters, or the equivalent achieved through intensive coursework) of either Greek or Latin to be considered for either fellowship. Applicants must apply online to the Classical Studies post-baccalaureate program and, as part of the online application, submit an essay that states how the perspective they bring will broaden the study of the ancient world. Only one essay is required for consideration for both fellowships.

Elsie Elizabeth Phare (married name, Elsie Duncan-Jones; 1908-2003) grew up in Torquay, UK. She came from a modest background and her parents had only elementary school education. She would have been unable to attend college without the generous financial help of a scholarship to attend Newnham College, Cambridge. Women were still not full members of the university, and their degrees were not officially recognized, but she was unofficially awarded a Starred First with Special Distinction in 1929, and the Chancellor's Medal for English Verse—the first woman to achieve this honor. She held lecturer-ships at the Universities of Southampton and Birmingham, and her areas of expertise included the poetry of Gerard Manley Hopkins and Andrew Marvell; Phare was also a playwright and a voracious reader of fiction from all eras. She created a translation of Molière’s The Misanthrope which was performed in London in 1937. Phare believed she was descended from the sixteenth-century translator of Virgil’s Aeneid, Thomas Phaer.

Emily Wilson is Phare’s granddaughter and a professor in the Department of Classical Studies and graduate chair of the Comparative Literature and Literary Theory program. Professor Wilson has endowed funds to create the Elsie Phare Fellowship, consisting of a stipend of $20,000 in addition to tuition remission for two courses per semester, to support a post-baccalaureate student from an underrepresented minority group.

Dr. Rudolph Masciantonio (1940-2016) earned a bachelor’s degree, maxima cum laude, from LaSalle College before completing a master’s degree in classical studies at the University of Pennsylvania, marking the beginning of his long-standing association with our department. He then went on to earn a doctorate in education from Temple University in 1978. He spent his career in various roles in Philadelphia public schools, starting as a teacher of Latin, Spanish, and French, and later becoming a curriculum specialist and coordinator of interdisciplinary humanities projects. Dr. Masciantonio made a significant impact by bringing Latin and Greek instruction to students from underserved populations in Philadelphia school districts before he retired in 1994.

Upon his passing in 2016, Dr. Masciantonio generously left a bequest to Penn’s Classical Studies Department. The Rudolph Masciantonio Fellowship was founded in his name in 2021 and is awarded annually to a student from a group underrepresented in classical studies, funding a year’s participation in Penn’s Classical Studies post-baccalaureate program.