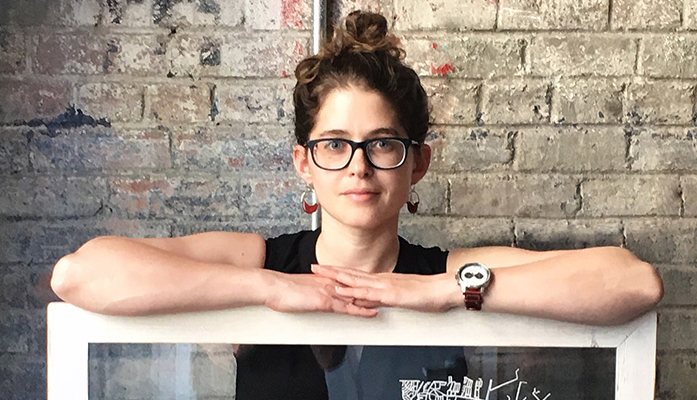 How one Penn alumnus helped revitalize the Delaware River waterfront

“Parks don’t function well unless people are using them,” shares Emma Fried-Cassorla (Master of Environmental Studies ’12), the former Communications Manager at the Delaware River Waterfront Corporation (DRWC). During her tenure, she was in charge of making sure locals and visitors alike made their way to the Delaware River for the Spruce Street Harbor Park, Winterfest and Penn’s Landing events—and they did. By the millions.

Most of the DRWC’s programming is free and open to the public, and it’s all thanks to the people who attend. Emma explains, “Public engagement is helpful for a park system to get funding and be held up by politicians as something important to the city.”

According to Emma, the city is a lab in and of itself for environmental scientists. “If you’re not in a city, it’s hard to understand the land use and planning side of it. At Penn, I learned how the environment is affected by 1.5 million people in a unique way. A lot of the classes I took in the Master of Environmental Studies (MES) program used Philadelphia as a case study,” she continues, “It changed how I looked at the city and especially how I looked at development around the city.”

For her capstone, Emma worked with the Philadelphia Regional Port Authority to investigate the use of methyl bromide at the Port of Philadelphia. “The port is doing some sustainability work now and it’s helpful for them to have those numbers,” she shares. The project also opened Emma’s eyes to the industrial history of Philadelphia. “Philadelphia’s waterfronts are a real benefit and a significant part of the city. The mixture of history and new development is an interesting balance in this city.”

It was also during her time at Penn that Emma created Philly Love Notes, an insider’s guide to all things Philadelphia. “I wanted to meet other people and have them show me their favorite parts of the city,” she continues, “It’s how I got into communications and I started working with newspapers and developing marketing techniques.”

After finishing up research while working at a neuroscience lab at Penn, Emma landed at DRWC as their new Communications Manager.  “My Penn degree got me that job. Because of my land use concentration and capstone, I knew the river and how the industry worked on it.”

Today, Emma works for J2 Design as a communications strategist. Though she’s moved on from the DRWC, she’s still connected to the city’s waterfronts and parks. “I live right across the street from the new Rail Park,” she shares excitedly, “It’s going to be the next big thing in Philadelphia.”

And as for her team’s crowning achievement of the Spruce Street Harbor Park, “The lure of a beautiful spot and awesome beer worked.”