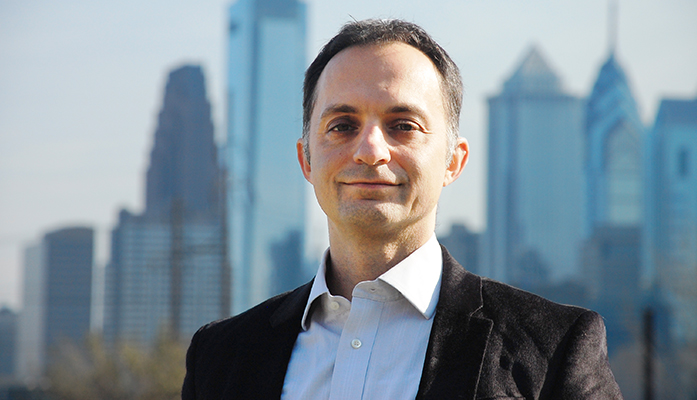 A lawyer makes the leap to sustainability consulting

Surfing at the Jersey shore was supposed to relax Tony Tancini (Master of Environmental Studies '10), a commercial and environmental litigator at a prestigious Philadelphia firm. But Tony couldn't get rid of a troubling thought every time he suited up and took to the waves.

"I'm a surfer, and I've always wanted to dedicate my life to preserving the balance of life on the planet," Tony says. "Every time I'd go surfing, I'd think, I'm making money as a trial lawyer, am I really contributing to creating justice for the earth? I could win cases left and right, but at the end of the day, fossil fuels are still being used. I realized I wanted to be part of the process of changing that in a more direct way."

Tony’s sense of environmental justice is inextricably tied to the sea. As a boy, he says, the Jersey Shore was the natural landscape he knew best. And he knew it was a delicate one.

"I watched every Jacques Cousteau show as a kid, and in one episode I'll never forget, he said that when he returned to reefs over 20 or 30 years, he noted a remarkable decline in the fish and the reef. The narrator basically said that nobody listened to Cousteau's warnings about the effects of climate change and pollution that we're seeing now."

Tony joined the US Army after college and bought a surfboard after his first tour. He spent every day he could on the water while he went to law school. He intended to use his law degree on behalf of the world's endangered creatures and ecosystems.

Upon graduating, Tony spent three years in the Attorney General's office as a trial lawyer, and then joined the firm McCarter and Anglish doing complex commercial litigation, including environmental claims.

It was a great job. But after his surfboard epiphany, he knew he had to make a change, and work more directly on behalf of the environment. 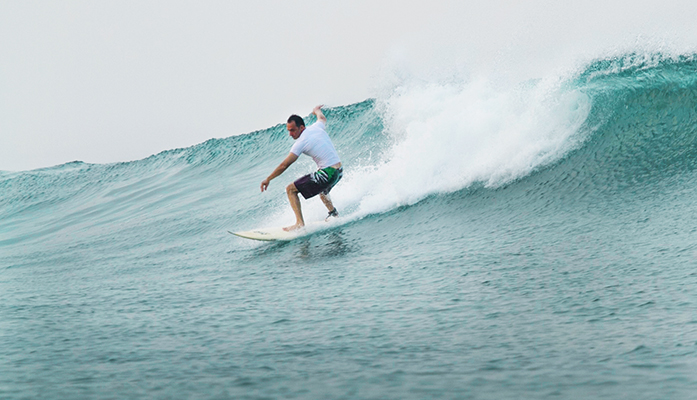 Seeking to "jump in right away" to the environmental field, he joined Americorps as a watershed manager in New Jersey, where he helped to protect streams and do education about water cleanliness.

"Jersey is divided into 20 watershed areas so I was in charge of one of them. I got to be thigh-deep in streams studying macro invertebrates, and teaching students how to do stream assessments. And when that ended I wanted to learn more, to hone my skills. I looked through different options, and Penn just called to me."

Tony chose to study sustainability and environmental policy. "I loved Penn’s Master of Environmental Studies program. I liked the way the classes were set up to learn from professors and also the students — I really valued everyone's opinion and what they were presenting. You learn from everybody."

One of Tony's favorite classes was in conservation. The class took students to different natural and open space areas and studied how to increase and expand the green space.

"The impact of those spaces is remarkable because when you think about Philadelphia stormwater management, open space is so good for water recharge. The class showed me how that can be applied in different urban environments. I rely on that experience in my work now; when I increase infrastructure, I know that open spaces help offset the impact."

In fact, Tony says, "every single class has made its way into my consulting business to help me do what I do today."

What Tony does is work for Marstel Day, an environmental conservation and sustainability company. Its core mission is to enhance conservation and green space through the nation and globally, with projects in Europe and Asia. Tony builds on both his environmental knowledge and his background as a veteran in his work with his main client — the Department of Defense and the US Air Force.

"I do studies with Air Force bases looking at the sustainability of the entire mission and footprint of the base, and how it affects endangered species or noise pollution. A lot of bases now are trying to extend their buffer around the base with park land or rural zoning, and working to foster sustainable development."

When Tony reflects on his current job, in contrast to his former profession, he finds great satisfaction in his shift of focus.

"By working with the Department and doing what we do as well as we do, getting bases and communities to partner together to look at things in a different way, we're definitely helping the art of sustainability continue to spread," Tony says.

"It’s been a really cool journey. I never thought I'd end up here. But when I think about what I first wanted when I made the jump to the Master of Environmental Studies program — I'm finally doing that."