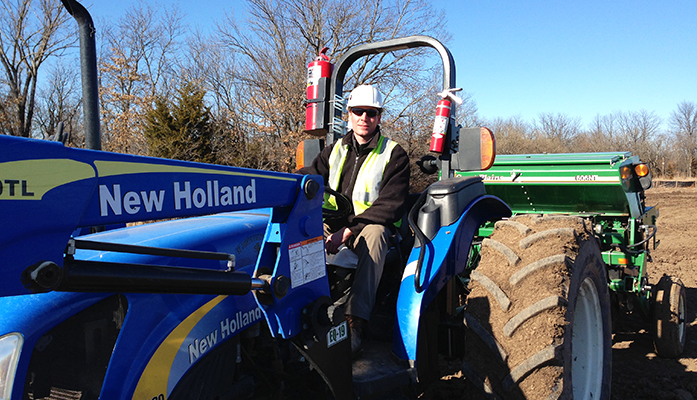 Ben Reynard's office is not climate controlled. In winter, wind howls through the prairie environments where he plants native species, and the mercury drops below zero. In summer, as he plants willow stakes to control erosion, the temperatures often get up to over 100 degrees. But Ben isn't looking for a water cooler and a thermostat. In his work as an eco-contractor with Applied Ecological Services, he's protecting the Midwestern environment he's valued since growing up in Oklahoma.

Ben grew up under big skies in Tulsa, working on a farm throughout high school. At Macalester College, he majored in international studies and environmental economics with a focus on ecotourism. "I studied how natural services were valued," Ben says. "In a study abroad program in Baja, Mexico, I learned how to protect the environment as part of a green business model." After graduation, Ben spent 10 years in the corporate housing and hospitality fields, but kept his environmental experience in the back of his mind: "I knew I wanted to do that kind of work down the road."

After a decade, Ben was ready to get actively involved in the environmental and sustainability fields and sought a master's program that would fit his experience and goals.

"The MES program at Penn was extremely well-regarded, and I could pursue resource management," Ben says. "I wanted to work outside and do hands-on environmental research, so the fact that the program heavily emphasized applying our classroom knowledge was really important to me."

Ben began the MES program in 2009, combining full- and part-time coursework to finish in 2012. He got his hands-on experience at a local organic farm during his capstone project. Working with renowned biologist Sam Droege, Ben carried out a pollinator study at Rushton Farm in West Chester, PA, establishing a baseline of native pollinators in an area that doesn't use pesticides.

Ben's experiences in the MES program opened the doorway to his current job as an ecosystem restoration supervisor at Applied Ecological Services (AES). At AES, Ben installs native plants and seeds and manages for invasive species, carrying out mitigation work to restore ground that's been disturbed. 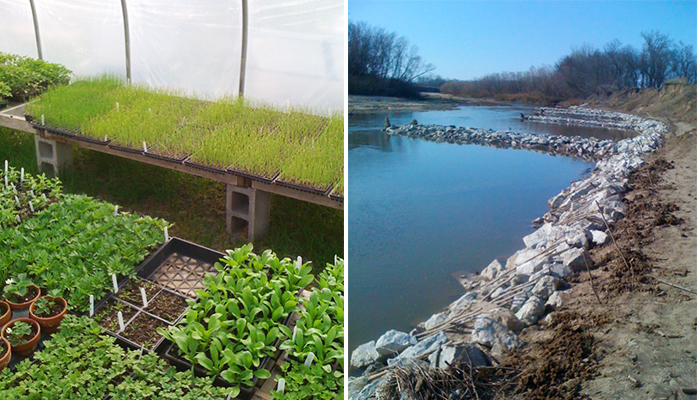 "In Kansas, I worked in the Cheyenne Bottoms, preserving land for migrating birds. That area is so important, but the water supply to the wetlands had dried up. They rerouted a canal to irrigate the wetlands, and we went behind them drilling the ground for and planting the native seeds," Ben says.

"In Nebraska, I helped to install a pollinator park, which treated stormwater and runoff for the whole area. We planted floral resources for pollinators — butterflies, particularly — to bring them back to the area and encourage prairie growth."

Ben says that the MES program allowed him to make important professional connections that led to his current fulfilling work and to see that work from a new perspective.

"The MES program helped me from a big-picture standpoint to understand how important environmental restoration is. The more natural habitats we can create, the more we can help the native pollinators and the food chain — there's a cascading effect."

The skills Ben learned also come into use in his daily life. "The soils course I took is essential; knowing what kind of substrate we're working with is important for planting. I also studied ecological design and remediation and took a wetlands course as well. That variety has helped lay a good foundation for my work with AES."

So this spring, as the sun begins to shine over the prairie, Ben is pretty glad to have traded his office for the wind and rain — and thanks Penn for helping make it happen. "Penn opens doors," Ben says. "I'm outside in the elements. I see my projects take root. I'm helping out the environment. And that's a good job."

Explore some of Ben's work: