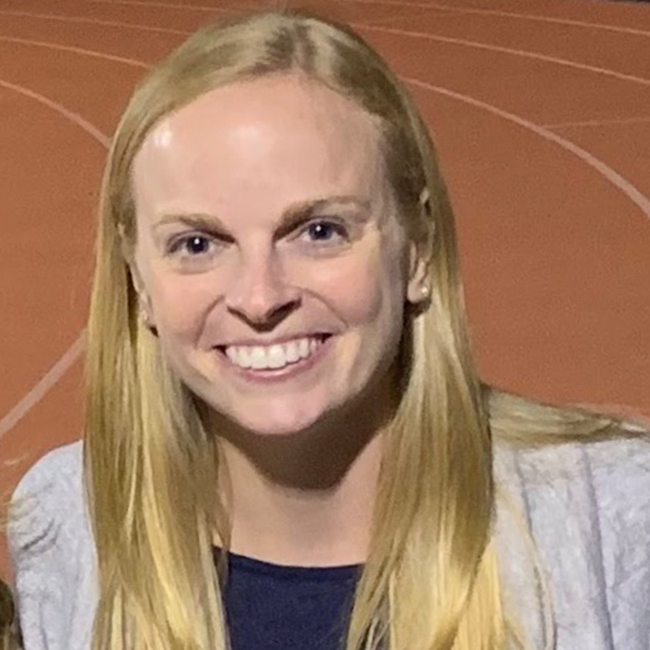 Bachelor of Business Administration, Finance, Marketing Concentration, The College of William and Mary ‘14

After completing the Pre-Health Programs in 2019, Jesse Ebner is currently in her first semester in the College of Veterinary Medicine and Biomedical Sciences at Colorado State University. Although her first semester isn’t exactly as she envisioned due to COVID-19, Jesse is thankful that she gets to be in the lab for her anatomy class for two hours, four days a week—even though the majority of classes are online. Those labs, combined with the rest of her courses make for a rigorous schedule, but Jesse is excited and confident about her future. “I know that Penn prepared me well for vet school, and I know that I can do it because I made it through the Pre-Health Programs.”

After completing her bachelor’s degree in business administration at The College of William and Mary, Jesse moved to New York City to work as a financial analyst at Bank of America. It was about six months into her two-and-a-half-year contract when she realized that she wanted to change her career path. Although she liked the opportunities that finance offered to work with people and problem-solve, she remembers thinking, “I don’t feel great about what I've accomplished in a day, and I want to do more and help the world become a better place.” It was important to Jesse to finish out her job contract, but she was ready to plan what would come next.

Jesse’s mother gave her the book “What Color is Your Parachute,” which Jesse explains helped her “how to phrase questions correctly. When you answer them, you’re kind of figuring out what you could do that would make you happy in life.” She landed on veterinary medicine, which she admitted was a little daunting at first since it was such a shift from what she had studied in undergrad. She chose the Post-Baccalaureate Pre-Health Programs at Penn because she knew that she would have to work really hard to get into veterinary school, and “I wanted to pick a school that would set me up well for making that happen.”

Reflecting on her first semester in the post-baccalaureate program at Penn, Jesse remembers feeling excited and sure that she had made the right choice. Then she got her first chemistry exam back. “And oh, that was shocking to me! I studied the way I normally had studied. I put in all the work. I thought I was well prepared, and it did not go as planned.” She says she had a moment of panic but was assured by her professor that this happened often.

Jesse quickly learned that there was a lot of support available to her. “All my professors were so available. If you needed help, and you asked for help, you would get it.” Not only were there office hours, but her professors would also set up private meetings, and there was also the tutoring center which had sessions for each class. Jesse realized the importance of seeking help when she needed it and quickly learned that her professors and the Pre-Health Programs staff “want you to succeed, and they're going to give you all the tools that you need to make it happen.”

Aside from support for her academics, Jesse also appreciated the guidance she got from Jackie McLaughlin, the program’s director, in her application process. She recalls being anxious and ready to start applying to schools after she got her GRE scores. “In my brain, I wanted to apply to vet school after the first year of the program because then I would finish the classes and roll right into vet school after.” Jackie helped Jesse manage her expectations. “She very seriously advised me to wait another year because I was missing half of the science classes that schools would want to see on my application. I hadn't yet proved that I could take high-level science courses and do well. She really pushed me to wait an extra year in order to be the best applicant that I could be.”

Jesse was also advised that to be the best applicant she could be, she would need to get as much hands-on experience working with animals as possible. She started as an intern at Philadelphia Animal Welfare Society (PAWS) where she gained experience that would not only meet the requirements for contact hours on her applications, but that was truly educational. Jesse enjoyed her time at PAWS so much that she continued working after her initial internship that had started in the fall of 2017, all the way through the summer of 2020 when she began to prepare for her move to Colorado. “I was very lucky to have found that internship. I had so many people that were willing to teach me and show me things. And I really feel like that experience gave me so much that I'm going to need in the future.”