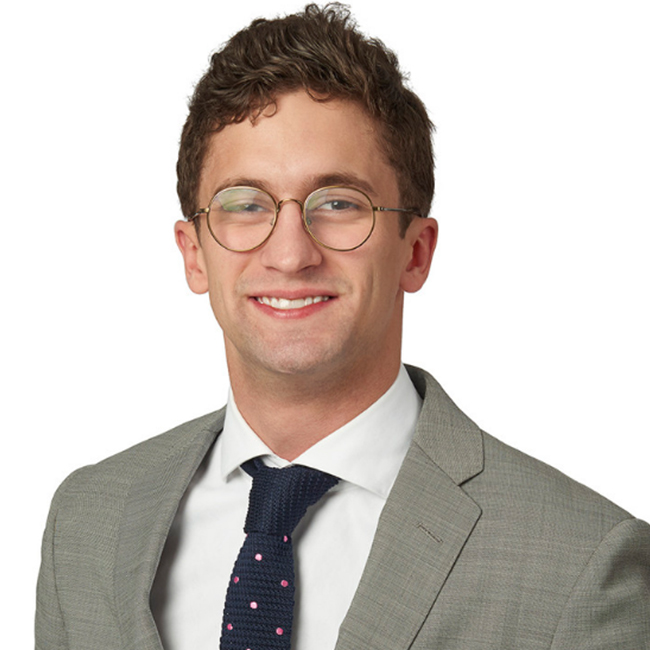 When William (Dean) Wertz arrived at The University of Vermont as an undergraduate, he immediately knew that it was a place that he “wanted to be.” This was unexpected because Dean hadn’t wanted to go right to college after high school. “I was very self-conscious about myself as an academic, so I actually wanted to take a gap year.” His father convinced him to keep his momentum moving forward, and he hasn’t stopped since.

At UVM, where his major was computer science and information systems, Dean was inspired to find “a passion-driven education where it wasn't about professionalism. It wasn't about how do I get to point B. It was more like: how do I enjoy this?” The university was also very community-service oriented and as a result, Dean not only fell in love with academics but also had the chance to volunteer at the local hospital. Halfway through his junior year, he began to think that he “might be equipped to try to go to medical school.”

Reflecting on his choice to go into medicine, Dean said that he could see a connection between computer science and medicine in the way that both are fields in problem-solving where you use your education and experience “to work actively toward a common goal.” He also explained his decision with a metaphor. “I like horror movies a lot, and I think the most interesting thing with horror movies is that the fear is in the unknown. That's why I think that medicine can be scary for any patient coming in; whether it's a hernia repair or brain surgery, it’s the most terrifying thing that they've been through because it's unknown to them. A doctor has already seen the movie, they know all the actors, they know all the tricks, they've read the scripts.” He told one of his favorite professors—for whose class Dean was a teaching assistant—about his plans for medical school after graduation, and the professor mentioned the post-baccalaureate program at Penn. Dean applied, and as he says, “the rest is history.”

Just as in undergrad, when Dean began the Pre-Health Programs Core Studies program, he was inspired by his classes. Speaking of the students, he said, “With UVM it was the passion of the here and now. With Penn, it's the professionalism of the future. There are people that are so driven to be in these places. There are people in my classes who have children closer to my age than the students in my class. It's so incredible to be with people with such diverse backgrounds all working toward the same goal.” One professor that stood out to him was his chemistry professor, Dr. Pietrovito. “His intensity was invigorating, and it taught me both how intense science can be and what kind of student I would have to be to succeed in this program. It was a lot of work!”

Outside of classes, Dean is a member of the Post-Baccalaureate Pre-Health Society. Through this group, he has plans to volunteer in the food kitchen at MANNA and connected with “the favorite thing he is doing right now,” which is volunteering to teach colloquial English to kids who are first-generation but raised in Chinese-speaking households. In addition to providing students with volunteer opportunities, the society is a great support system for students. One example of this support is “these virtual get-togethers called CommuniTeas where we talk about topics like research or finding tutoring opportunities, or mentoring—just getting in a very stress-free no-teachers kind of thing. We can all just talk to each other, and it has been really good.”

It has also been through the Post-Baccalaureate Society that Dean has found the opportunity to host his own podcast. It’s called Penn Pals, and its mission is to bring Philadelphia-based medical stories to its listeners, wherever they are. For example, in one episode, Dean interviewed Jacob Glickman, who runs The Attic Youth Center, a resource center and safe haven for LGBTQIA+ youth. Jacob is doing “a PhD thesis on using Dungeons and Dragons as a means of group therapy because it's consequence-free character experimentation.”

Dean’s background in computer science has not gone by the wayside during his time in the Pre-Health Programs. He is currently working as a research assistant at HUP where he is helping to develop an electronic medical record system that is able to keep track of patient records and make them accessible for doctors across international borders. If all goes as planned, he will finish the Pre-Health Programs in May 2021 and has applied for a linkage to Rutgers New Jersey Medical School. His advice for anyone who is considering Penn’s Pre-Health Programs at Penn: “If you have a curiosity for something, don't be afraid to be wrong, because you can't learn unless you are wrong.”