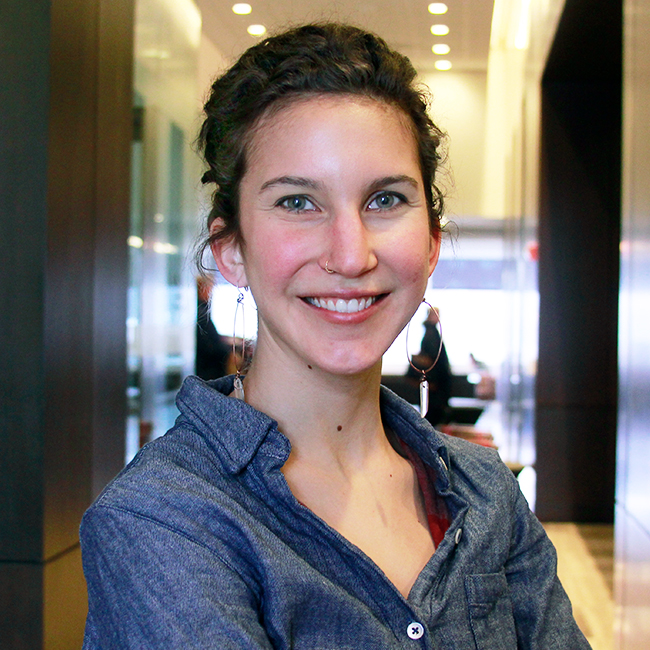 Even though Alana Carstens grew up in a family of doctors, she had no desire to go into medicine. In fact, she was adamantly opposed to the idea.

After graduating with honors from Scripps College, a highly selective women’s college in Claremont, CA, Alana moved to Managua, Nicaragua. She worked to develop an international marketing program for a large-scale hospital. She also volunteered with a non-profit providing free medical care to children with burn injuries and an indigenous women’s human rights organization.

In the summer of 2011, opportunities in New York City drew Alana back to the States. She began to work for NY United, helping to plan and implement political action campaigns throughout the city. The following year, she joined AmeriCorps VISTA, the national service program, and worked for a microfinance organization offering small business loans to women as a means of economic empowerment.

As she worked in a Manhattan office building—and not within the communities being helped—Alana felt disconnected from the mission of the organization. She also missed the individual interactions she had valued in her previous work.

“I had a little bit of an existential crisis. I remember I was watching the documentary, Half the Sky, about a movement that brings together a range of educational tools to raise awareness of women’s issues, worldwide. It had a segment about a maternity hospital in Somaliland that deeply resonated with me. It was at that moment, I began to think about going into medicine. I had discovered my end-goal, only I needed to travel a different path to get there.

I called my aunt, who is a doctor, for advice. She had completed a post-baccalaureate program and suggested that I consider taking one as well. Then I spoke with friends who happened to be in two different post-bacc programs. Both were encouraging and served as great resources as I looked for the right program.

Although I was ready to get out of New York City, I was not quite ready to return home to California. I wanted to find a community on the east coast that had a school offering a flexible and academically rigorous program. That’s when my friend recommended I look at Penn.

Penn had everything I wanted­ both academically and experientially and Philadelphia is an incredible city, especially for a student. I applied in January of 2013 and began that fall in the Pre-Health Core Studies program. While I was at first completely overwhelmed by my science classes, I soon came to find a similarity to learning a new language. You do not automatically associate the initial information with its relation to larger ideas and theories. But when you gain your basic vocabulary, you can start putting the pieces together and build a more complete understanding. That’s the part I found exciting.

Penn offers many resources to help you discover and develop your interests. Through Penn Language Link, I took a 40-hour Medical Interpreting course that focused on how to navigate linguistic and cultural differences when interpreting between a caregiver and the patient. Afterward, I got the opportunity to volunteer as a medical interpreter for Penn Human Rights Clinic. Run by medical students, this clinic provides psychiatric and physical evaluations for people seeking asylum in the US. I also volunteered to help recruit Latina women diagnosed with prediabetes for an ongoing disease-prevention program.

I’m currently applying to medical school with the hope of matriculating in the fall of 2016. During this gap year, I’m working in San Francisco as a case manager at the pharmaceutical company, Genentech. I’m part of its Access Solutions team and we provide medications to patients who are uninsured or underinsured or have high co-pays. My job is helping connect patients and their providers with the necessary resources. Sometimes, your dreams to save the world happen just by helping one person at a time.”