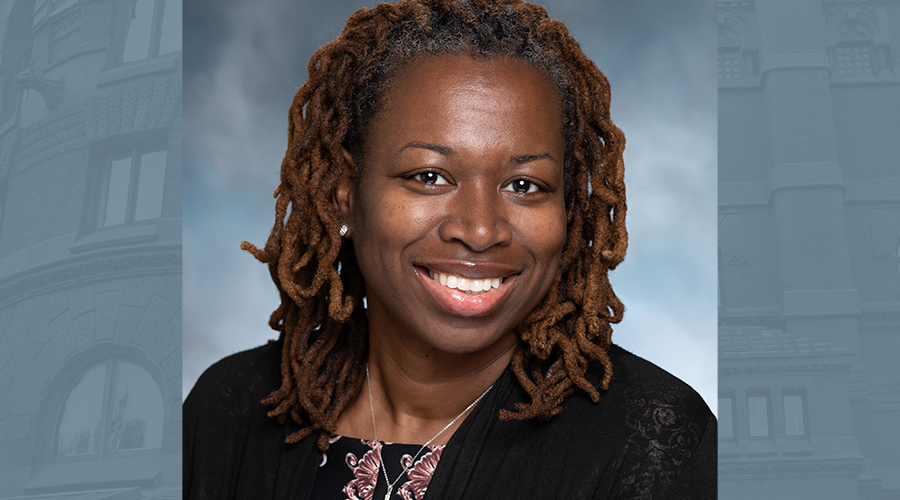 On April 21, Penn alumna Felicia LeSure (Organizational Dynamics ’20) is presenting her work in the Diversity, Equity, and Inclusion Symposium at Rutgers Biomedical and Health Sciences (RBHS). Felicia, who is an executive assistant for the Office of the Chancellor at RBHS, was awarded a 2020 Inclusion, Diversity, Equity, and Advocacy (IDEA) Innovation Grant , an initiative designed to fund the development of programs that foster an inclusive and welcoming environment for the success of the larger RBHS community. Felicia will speak about her efforts to foster a culture of mentoring within the organization’s staff, beginning with a Staff Mentoring Program which is already underway, and an upcoming Staff Leadership Series for Women of Color.

Felicia’s grant proposal was based on her capstone project for her Master of Science in Organizational Dynamics degree, which set out to determine why there were not more Black women in senior leadership roles in her organization. Through interviews and comparative studies, Felicia found that many Black women in middle management positions were not receiving the professional development they need to advance their careers. “I asked participants what they felt were the most valuable components of professional development,” she explains. “Mentoring, leadership skills, and negotiating skills were the top three.” Felicia also looked at successful leadership programs at other institutions, and considered how to adapt them to the specific needs of her organization. When applications for the IDEA Innovation Grant opened, Felicia realized she had an opportunity to use her research to improve opportunities for her fellow staff members.

The Staff Mentoring Program piloted in January of this year. Felicia chairs the Mentoring Executive Committee, along with other members of senior RBHS staff, who reviewed applications and paired mentors with mentees. “We have a huge array of participants, from a secretary all the way up to a vice-chancellor, having one year of service up to 30,” says Felicia. The pairs meet virtually and discuss different topics from month to month; upcoming sessions focus on networking, difficult conversations, and negotiating skills. This structured approach will help Felicia survey her pairs and assess what’s working and what to consider in the program’s future. “The pilot program is being very well received,” says Felicia. “We’re just past the quarter mark, and we're already talking about what the future holds, so I'm very confident that the program will continue to have the support of the senior leadership and provide resources to the staff moving forward. I'm excited about that.”

Felicia completed her Organizational Dynamics degree while working full-time and raising her family, which she says was a challenge. Her final course in the program focused on race and ethnicity in the American workplace, which not only inspired her capstone research but also provided her with a faculty mentor, Dr. Kimberly Torres. “Dr. Torres was such an encouragement, and she pushed me to do things that I didn’t think I could do,” Felicia reflects. “I'm glad I ended up taking this route, because I see now that I'm able to impact other people--and that's really ultimately what I want to do. I see that I am making a difference, and I feel like I've made the right decision to be where I am.”